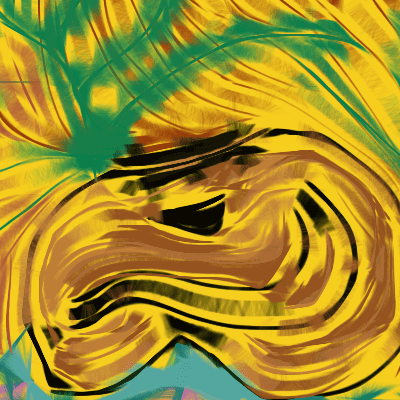 Today marks a very special day for me. It is the occasion of my hundredth blog post. I started this project as a labour of love and as a way to contribute to a culture of resistance, love, and hope for a more just and equitable world about a year and a half ago. I had no idea when I started, that Covid19 would make life so unrecognizable for so many. There is virtually no territory that has not been affected by this bizarre scourge and the even more crazy-making ways in which it has (not) been dealt with by the powers that be.

As a result my participation on the blog has been uneven, my attention veering between the initial shock of the pandemic, to racial /casteist/ islamophobic and economic violence all over the world to days of personal ill-health and grief, as I continue to mourn the passing of my father and my partner’s father during this difficult time and to worry about the bleak economic times we are in. Even bankers are speaking of recession.

I thank those of you who’ve joined me both from the humble beginnings for sticking with me, to those of you checking out this blog for the first time today! While the coronavirus swirls around us, equally harsh and invisible ideas are making themselves manifest. Many of those ideas are amplified through the Internet. Ideological manipulation through social media networks, internet surveillance and tailored advertising… All that is intrusive and prying, is marketed as convenience. This is truly a time of commodities, not people.

Some say the darkest hour is before the dawn. That is why your human accompaniment of this blog and the sharing of it, is such an important part of this creative and rich journey.  So eartotheground is an antidote to those forces of death, disrespect and despair. These three forces make up the holy trinity of psychological fascism that accompanies corporate monopolization and centralization of power in militarist and vigilante backed dictatorships.

While the world awaits the results of the election in the United States, we  all seem immersed in a depression that “experts” call ‘pandemic fatigue’. I characterize it as ‘cruelty fatigue’, for surely this coronavirus has exposed the the meanness and pettiness of class and caste inequality, the banal brutality of racial oppression experienced by so many Black, Indigenous, South and East Asians, the virulent misogyny of courts and citizens; the core of rottenness that is at the center of our social organization and structure. And the hunger for redistribution of material resources that is the very real hunger, of millions, for food.

To celebrate this hundredth post, I share some poems today that remind me, and hopefully you as well, that in spite of a time when any judge anywhere  can be called “pro-life” while being “pro-gun”— we are being shown  a world where language— and thus the lives we lead— have been turned upside down. These miserable ironies must not delimit our world.

Personal autonomy over birth control including abortion is a woman’s individual and private right. It cannot be alienated from her without re-premising the law on slavery, that is, ascribing the ownership of her body to another— the only legal system by which humans were de-autonomized and dehumanized for profit.

The following poems hail from different times and places. But the one thing these writers all share is a belief in justice, truth, witness, and hope— the cornerstones of a culture of love and solidarity. Humour, rage, love,  and humanity are intertwined in the following verses below.

Winter twilight. She comes out of the lab-

oratory, last class of the day

a pile of notebooks slung in her knapsack, coat

zipped high against the already swirling

evening sleet. The wind is wicked and the

busses slower than usual. On her mind

is organic chemistry and the issue

of next month’s rent and will it be possible to

bypass the professor with the coldest eyes

to get a reference for graduate school,

and whether any of them, even those who smile

can see, looking at her, a biochemist

or marine biologist, which of the faces

can she trust to see her at all, either today

or in any future. The busses are worm-slow in the

quickly gathering dark. I don’t know her. I am

standing though somewhere just outside the frame

of all of this, trying to see. At her back

presumably heat. The wind is wicked. She throws a

glance down the street, sees no bus coming and runs

up the newly constructed steps into the newly

constructed hallway. I am standing all this time

just beyond the frame, trying to see. She runs

her hand through the crystals of sleet about to melt

on her hair. She shifts the weight of the books

on her back. It isn’t warm here exactly but it’s

out of that wind. Through the glass

door panels she can watch for the bus through the thickening

weather. Watching so, she is not

watching the white man who watches the building

who has been watching her. This is Boston 1979.

I am standing somewhere at the edge of the frame

watching the man, we are both white, who watches the building

telling her to move on, get out of the hallway.

I can hear nothing because I am not supposed to be

present but I can see her gesturing

out toward the street at the wind-raked curb

I see her drawing her small body up

against the implied charges. The man

goes away. Her body is different now.

It is holding together with more than a hint of fury

and more than a hint of fear. She is smaller, thinner

more fragile-looking than I am. But I am not supposed to be

there. I am just outside the frame

of this action when the anonymous white man

returns with a white police officer. Then she starts

to leave into the windraked night but already

the policeman is going to work, the handcuffs are on her

wrists he is throwing her down his knee has gone into

I can see from this position there is no soundtrack

to go with this and I understand at once

it is meant to be in silence that this happens

in silence that he pushes her into the car

banging her head in silence that she cries out

in silence that she tries to explain she was only

waiting for a bus

in silence that he twists the flesh of her thigh

with his nails in silence that her tears begin to flow

that she pleads with the other policeman as if

he could be trusted to see her at all

in silence that they throw her into the cell

in silence that she stares him

straight in the face in silence that he sprays her

into his hand in silence that she is charged

with trespass assault and battery in

silence that at the sleet-swept corner her bus

passes without stopping and goes on

in silence. What I am telling you

is told by a white woman who they will say

was never there. I say I am there.

no one leaves home unless

home is the mouth of a shark.

you only run for the border

when you see the whole city

than you, the boy you went to school with

who kissed you dizzy behind

the old tin factory is

holding a gun bigger than his body,

you only leave home

when home won’t let you stay.

no one would leave home unless home

chased you, fire under feet,

hot blood in your belly.

it’s not something you ever thought about

doing, and so when you did –

you carried the anthem under your breath,

waiting until the airport toilet

to tear up the passport and swallow,

each mouthful of paper making it clear that

you would not be going back.

you have to understand,

no one puts their children in a boat

unless the water is safer than the land.

who would choose to spend days

and nights in the stomach of a truck

unless the miles travelled

meant something more than journey.

no one would choose to crawl under fences,

be beaten until your shadow leaves you,

raped, then drowned, forced to the bottom of

the boat because you are darker, be sold,

starved, shot at the border like a sick animal,

make a refugee camp a home for a year or two or ten,

sucking our country dry of milk,

dark, with their hands out

look what they’ve done to their own countries,

what will they do to ours?

the dirty looks in the street

softer than a limb torn off,

the indignity of everyday life

more tender than fourteen men who

your legs, insults easier to swallow

than rubble, than your child’s body

in pieces – for now, forget about pride

your survival is more important.

i want to go home, but home is the mouth of a shark

home is the barrel of the gun

and no one would leave home

unless home chased you to the shore

unless home tells you to

leave what you could not behind,

even if it was human.

no one leaves home until home

is a damp voice in your ear saying

A Comrade is as Precious as a Rice Seedling, Mila Aguilar (Philippines)

One of many, it is true,

but nurtured by them

and taut, and lined

for the sake of their rice seedlings.

for whom the peasant’s hands

for whom his fingers

A comrade is he

for whom the peasant’s toes

get muscled and big

he will grow, one of precious many,

to fill the hunger

of him who cared enough

guarded from pestilence and floods

And yes, beloved of the peasant

because a rice seedling

grows, not only to fill his hunger,

but to give birth

who will give birth

who will fill the hunger

of generations of peasants

for food, and land,

And because poetry is not only read but spoken and sung, I have included the following links to some marvelous crafters of poems and songs.